The Future of Night-Time Energy Production 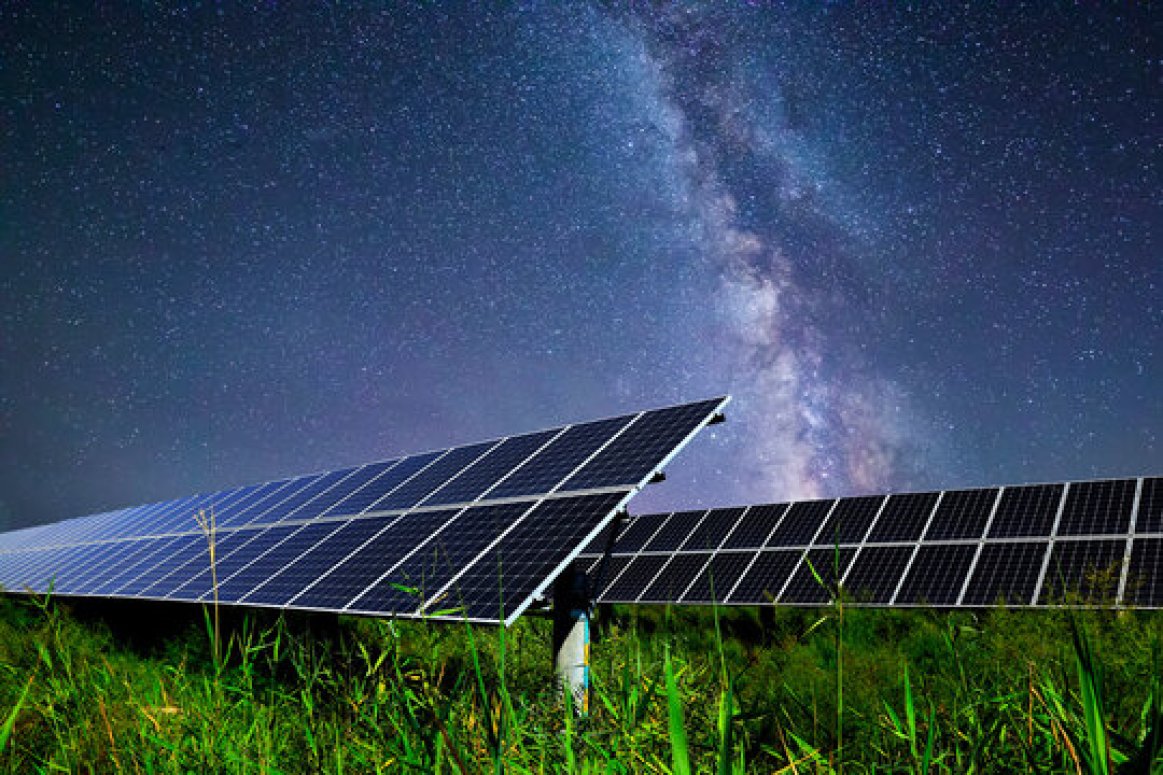 Arguably, the most significant drawback when it comes to solar panels is their inability to produce energy at night. Scientists at Stanford University have developed a solar panel that can produce energy throughout the night, in addition to daytime. This article will cover when we can expect this to be mainstream technology, as well as what this advancement could mean for solar energy system owners.

Researchers at Stanford modified commercially available solar panels to generate a small amount of electricity at night. According to CNET, they have accomplished this feat by exploiting a process called radiative cooling, which harnesses the frigid vacuum of space. “We tend to think of the sun as the important renewable energy resource. The coldness of outer space is also an extremely important renewable energy resource,” said lead researcher Shanhui Fan.

It is important to understand that technically speaking, these panels are not generating solar energy. Fan explains that when an object is facing the night sky, it radiates heat toward outer space. This means that the temperature of a standard solar cell pointing at the night sky becomes cooler than the air surrounding it. This temperature difference generates heat flow. According to NPR, the device that Fan’s team added to solar panels is a thermoelectric generator (TEG), which can harness the heat flow between the ambient air and the solar cell itself.

According to the researchers' published findings, they are able to generate 50 milliwatts per square meter (50mW/m2) of nighttime power with an open-circuit voltage of 100 millivolts (100mW). This is significantly higher than previous attempts to generate nighttime power using solar panels. Fan’s team suggests that in hotter, drier climates, the same system could produce up to 100mW/m2.

While this experiment has produced much greater results than previous attempts, it is notably a much smaller amount of energy than is produced by traditional daytime solar panels. Compared to the 100-200 watts per square meter produced by a typical solar panel during the day, a simple calculation tells us the TEG system is between 2 and 4 thousand times less efficient.

While the energy produced is a smaller amount, it could still be extremely useful at night when the energy demand is typically lower, according to the researchers. The energy produced is already enough to be “financially interesting for low-power-density applications like LED lights, charging a cellphone, or trying to power small sensors,” Fan asserts.

While Fan’s team assures that solar installers can retrofit current solar panel systems with a TEG to produce power at night, the crucial detail for the devices to work well together is the need for close thermal contact between the solar cells and the TEG. Researchers believe this is the main challenge that retrofit solutions will need to address.

Fan’s team is still working on the development of this system. For example, if they couple their system with a solar panel that had been specifically designed to be more efficient at radiative cooling, this system could become significantly more efficient. There is the belief that it should be possible to engineer the thermal-emission property of the solar cell to optimize nighttime generation without compromising daytime performance.

Theoretical calculations point towards the possibility of anywhere between a few hundred milliwatts and a whole watt, up to 20 times more power being produced.

Although significant progress has been made with this project, as with any new technology, the cost may be a barrier to future commercial availability, as TEGs are typically made of expensive materials.

Research conducted over the next couple of years will reveal whether this will ever be a viable, commercially available option for consumers.

It's fun to talk about "the future", but this kind of story doesn't help the industry. It only reinforces the perceived "impossibility" of renewables meeting all our energy needs.