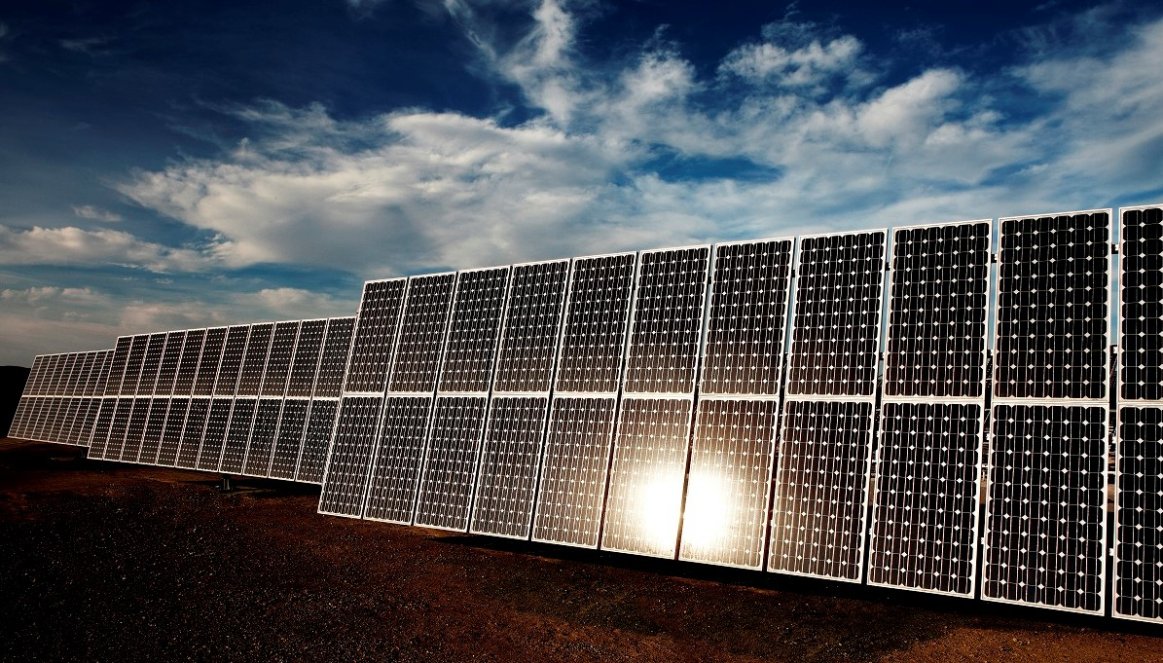 It may seem counter-intuitive, but solar panel efficiency is affected negatively by temperature increases.  Photovoltaic modules are tested at a temperature of 25 degrees C (STC) – about 77 degrees F., and depending on their installed location, heat can reduce output efficiency by 10-25%.  As the temperature of the solar panel increases, its output current increases exponentially, while the voltage output is reduced linearly. In fact, the voltage reduction is so predictable, that it can be used to accurately measure temperature.

As a result, heat can severely reduce the solar panel’s production of power. In the built environment, there are a number of ways to deal with this phenomenon.

Different module designs and different semiconductor compounds all react to temperature – here’s a brief intro into what to expect.

The best way to determine your panel’s tolerance to heat is by looking at the manufacturer’s data sheet. There, you’ll see a term called the “temperature coefficient (Pmax.)”  This is the maximum power temperature coefficient.  It tells you how much power the panel will lose when the temperature rises by 1°C above 25°C. @ STC (STC is the Standard Test Condition temperature where the module’s nameplate power is determined).

For example, the temperature coefficient of a solar panel might be -.258% per 1 degree Celsius.  So, for every degree above 25°C, the maximum power of the solar panel falls by .258%, for every degree below, it increases by .258%.   What this means no matter where you are, your panel may be affected by seasonal variations. However, the temperature coefficient also tells you that efficiency increases in temperatures lower than 25°C.  So, in most climates, the efficiency will balance out over the long run.

For a geographic region where temperatures higher than 25 degrees C. are the norm, one can consider alternatives to Mono or Polycrystalline modules, which have the highest efficiency (At 1:1 concentration), but also the highest temperature coefficient at PMAX. Project designers may want to consider a thin film or CdTe module – or in the case of a very large project, High Concentration PV, which is designed for hot climates, but not applicable for small projects.

How to Reduce the Effects of Heat

After the module technology is selected for installation, there are several ways to minimize the negative effects of high temperatures:

• Install panels a few inches above the roof so convective air flow can cool the panels.

• Ensure that panels are constructed with light-colored materials, to reduce heat absorption.

• Move components like inverters and combiners into the shaded area behind the array.

Really great article, thanks.   It is amazing how much high ambient temperature reduces the efficiency of Mono and Polycrystalline solar panels.   It further explains why panels in high altitude locations perform so well.
Use the "view lifetime" of my array.
Look at how heat debilitates the 10 panels that are mounted above asphalt shingles by ~ 10% beginning in mid-May thru August (temp about 49C 120F---space clearance for cooling is important!  We know there is much more sun in July than the highest output time in the merry, cool month of May.  What a waste.
I live in Mexico and because of the higher average temperature spent the money and got Sanyo Hip panels, they actually are the only ones we found in our research that perform better in high temperatures. We are Loving our pannels and so far are not seeing any loss at all due to heat.

I believe in the future of renewable energy. Our house has solar panels to save money on our bills (which are extremely high). I suggest anyone with a bit of property, a business or a roof to see if you can put solar, it's really worth it. A quick tip: we used mysolarinstaller to get tailored quotes for our home. They got us the top solar installers in our area to send free quotes...it took us less than a minute with their process and we got to compare apples with apples.

Hi Rob. Do you have an actual install or are you just promoting MSI? We allow postings with outside links if the information is related to the article / question. Please post details of your project and how they relate to heat and solar arrays.

This should read "for every degree below, it increases by .485%."

Great article though! Thanks..

Great article. Acknowledges what we have known, and worked around for years here at Falmouth Solar, LLC on Cape Cod, MA. What really would be helpful would be some hard numbers, tested in my area. What output loss is experianced at what height / and roof temps for example. WE don't like the trend of the local installers here to put the array within a couple of inches of the roof, then put a sheet metal cover along the bottom row. How can heat convect? It's a nice look from the ground, but stupid from an engineers view. We don't install railess racking because we generally will even provide 1.5" between rows to further let the excess heat evaluate. This, as far as I know is an original thought, and I am unaware of any other installers doing it. Testing is needed to validate the effects of side skirts, row spacing, and height above roof for validation of our efforts, but a potential loss of 10-25% is HUGE in this industry, and generally ignored (except by the wise few reading this article!)

I'm not sure I entirely understand your question. Are you circulating water from tanks to help cool your modules? If yes, perhaps it would be best to increase the volume of water your circulating or the frequency in which the water is cooled.

Would it be plausible to loop pipes under the panels for cooling and making ,say a heater for a pool in extreme temp areas ?

Thank you for your comment. Your thought is very interesting and reminds me of the concept behind cooling solar panels by floating them over water. An old employee recent wrote an interesting piece for GTM called The State of Floating Solar that you might want to read. Thanks again.

Hello,
I enjoyed your article, although I am wondering why the solar panels are less efficient when hot?
Thanks,
Ned Spurr

Hello Ned and thank you for your comment. To further the explanation, solar panels work by having the photons from the sunlight knock electrons loose from their atoms. When the solar panel gets hotter, the number of electrons in an excited state increases. This results of having the silicon solar cell generating more current but less voltage and therefore lowers its efficiency.

Solar panels are those devices that are used to absorb the sun's rays and convert them into electricity or heat. Description: A solar panel is actually a collection of solar (or photovoltaic) cells, which can be used to generate electricity through the photovoltaic effect.

Hi, I'm hung up on the first paragraph. When increasing temperature, if current increases exponentially and voltage decreases only linearly, wouldn't the net result be more power?

The beginning bit has it wrong, mixed up really, but right idea about the power. Deviation from the optimum temperature causes the voltage to decrease greater than the current increases (look up the graph to see). This is why the net power decreases (P = VI).

The most common graphs are the IV ones showing current vs terminal voltage as the load resistance is varied. On top of that, the graphs may show discrete adjacent curves to indicate a higher solar irradiances (current increased directly proportionally, voltage increased marginally) or to indicate absolute temperature deviations from the optimum (current increased slightly and voltage decreased greatly)

RT, regarding voltage and current, normally you would be correct. But the "current" referred to is the short circuit current, where the positive and negative poles of the panel are directly connected. The only resistance is the cell itself and with minimal addition by the shorting wires. The "voltage" is open circuit volts, with no load at all.

So basically, in order to make use of the hotter cells, you would need to increase the load, or decrease its resistance, and therefore raise the watts output again. This would be theoretically possible and these days _may_ even be done to a greater or lesser extent in "smart inverters".

"Move components like inverters and combiners into the shaded area behind the array."
This is possible for string inverters on ground mounts; otherwise, a string inverter should be installed on the side of the house with the most shade to prevent premature derating. Micros are always installed underneath the modules, in the hottest part of the PV system, so they are at the mercy of their engineering. The same goes for any MLPE, and with the rapid shutdown requirements, since you have to use a module-level device, go with the one with fewer parts since it will probably be more reliable. But you will be back on that roof eventually.