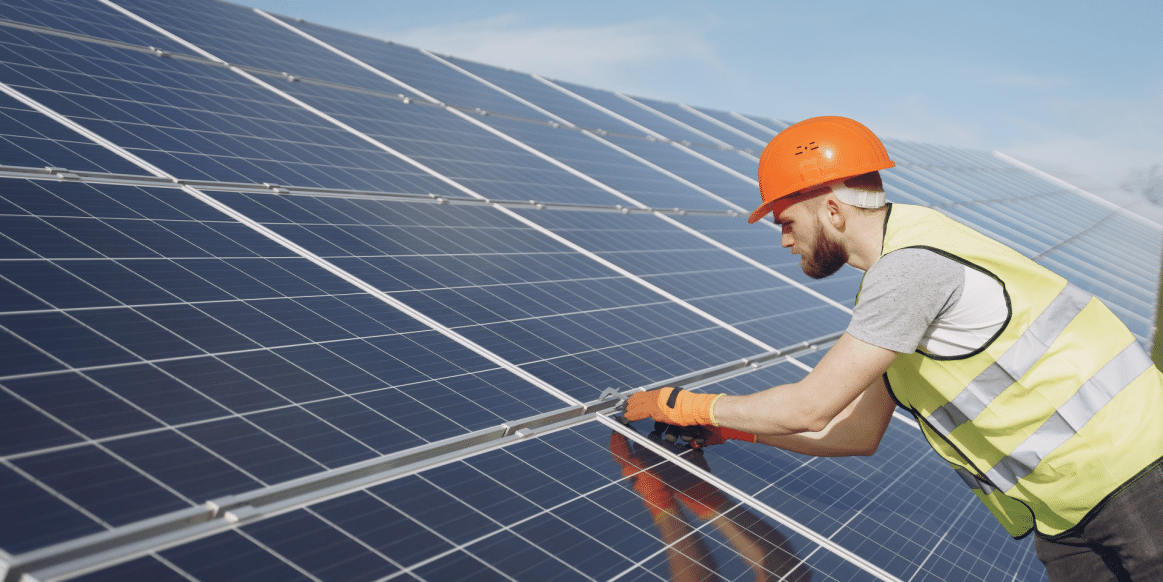 The renewable energy industry is booming. President Biden’s climate plan to fuel the already significant growth of this industry emphasizes the need for skilled solar workers.

According to Solar Energy Industries Association (SEIA), solar employment has increased from 93 thousand to over 230 thousand since 2010. The renewable energy industry created over 100 thousand new jobs in the last decade and is growing at a rate of 44%, 5 times higher than job growth in the overall economy.

SEIA claims that in addition to installation jobs, skilled workers are needed in sales and distribution, construction and development, manufacturing, and operations and maintenance. Due to the loss of 20,000 solar workers nationwide from the Covid-19 pandemic, more jobs are available than ever before. And for those with an entrepreneurial spirit, more than 75% of the 10,000 solar establishments in the U.S. employee have fewer than 50 workers.

Careers in solar can be established without a college degree. For those looking to gain training before entering the solar industry, there are several online training courses, for instance, Solar Energy International and Interstate Renewable Energy Council. According to the Bureau of Labor Statistics, solar workers earn equal to or more than colleagues in similar industries:

Since more corporations and politicans began committing to decarbonizing the power sector by 2035 to achieve net-zero carbon emissions by 2050, job stability is guaranteed. According to the Southern Alliance for Clean Energy, in an attempt to meet demands associated with the increased pace of solar development, companies are pushing to hire as many more solar workers as possible.

For several years, solar power has held the title of the fastest-growing industry in the United States. The Southern Alliance for Clean Energy claims that one out of every fifty new jobs created in the US is in the solar industry and by 2030, roughly 50% of all energy sector jobs will be in renewable energy.

According to Business Insider, even well-established companies are struggling to fill staffing shortages. CEO of Alternative Energy Southeast Montana Busch said he scheduled eight interviews with candidates and only two showed up. His company is among many that have struggled to attract new workers. According to the Business Insider, as many as 90% of candidates don’t turn up to job interviews, and some quit soon after being hired.

Busch said that the company currently has twenty-five employees, but would ideally like to hire ten more. “There’s just an unlimited amount of work in solar,” Busch added. He recently raised wages to $13/hr for those with no experience, and $17/hr for those with any field-related experience with wages for more experienced staff members increasing to $33/hr. These jobs are accompanied by healthcare plans, paid holidays, and additional benefits.

SEIA has set a 30 by 30 goal meaning that they are hoping solar power will generate 30% of all U.S. energy consumption by 2030. In order to do so, they have estimated that there will need to be at least 1 million Americans working in the renewable energy industry by 2030.

Looking for a meaningful career in the renewables industry? Learn about employment opportunities with Greentech Renewables today!