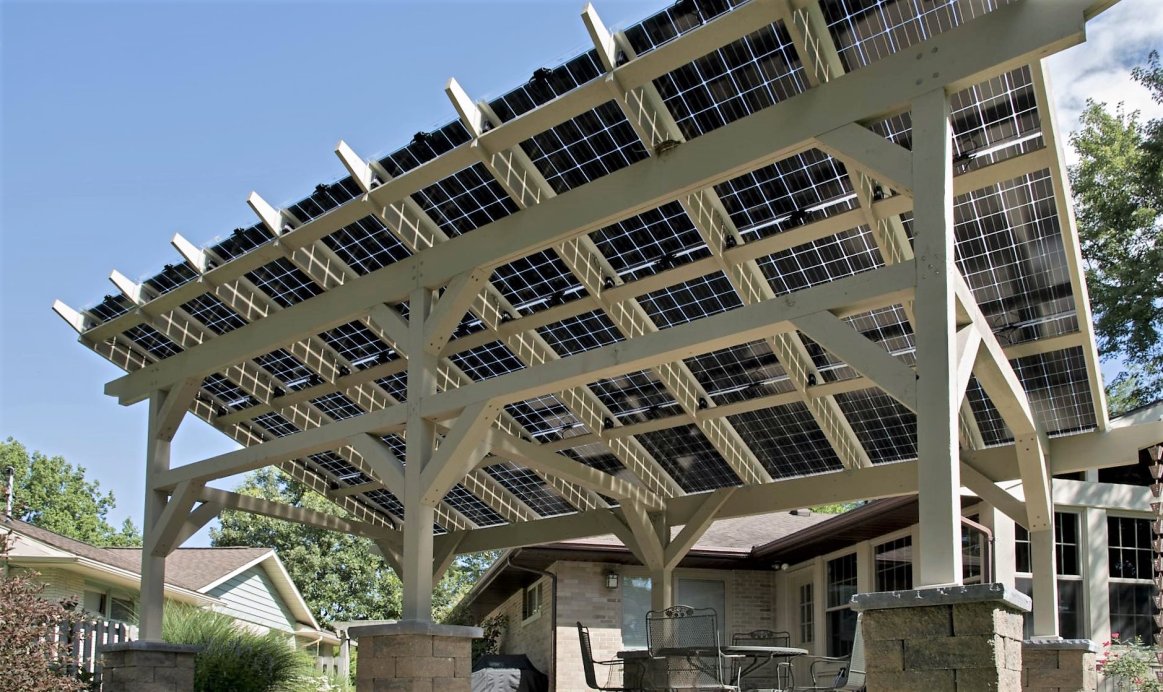 Bifacial solar modules are becoming more popular in the solar industry. These modules can absorb sunlight from both sides as opposed to just one. Therefore, they can convert the light that is reflected behind the panel to increase the total energy production. While there is little evidence as to the exact backside boost bifacial modules receive, some estimates claim additional production of 5-15% more energy. It is important to note that the increase in energy yield depends on the installation type.

In addition to potentially higher energy yields, bifacial modules give installers more flexibility when installing systems. Because they absorb energy from both sides, angling the system directly south is no longer necessary or considered best practice. Essentially, with bifacial modules, there are now two optimal sun hours (peak hours) of the day opposed to just one because of the dual sides. 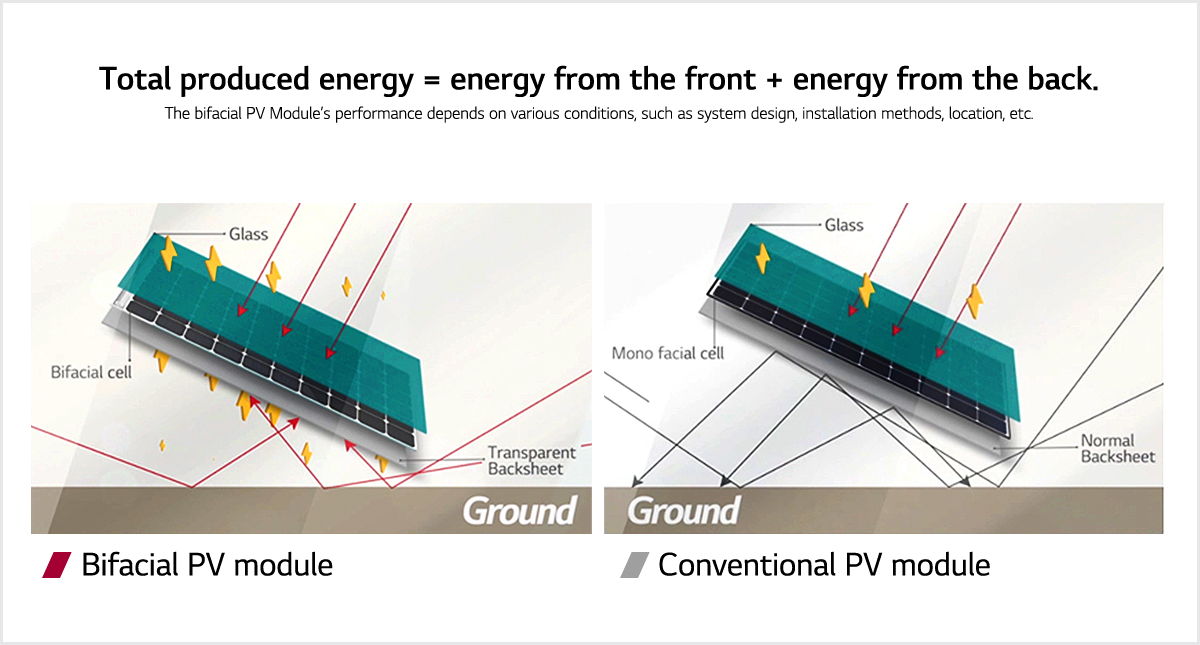 Bifacial solar panels have a sleeker look than traditional solar panels and work well for residential as well as commercial applications. Bifacial modules have traditionally worked best for projects heavily focused on aesthetics, like a pergola or a carport. Some clever installers have created modern art out of their bifacial solar systems.

We are now beginning to see bifacial modules shift to a commercial setting. Canadian Solar, one of the world’s biggest solar manufacturers, recently announced that they have delivered 10 MW of bifacial modules to a project in Oregon. They released their Biku bifacial modules. These modules can reach up to 370W on the front side and state an additional daily bifacial yield of 5-20%. Beginning in Q1 of 2019 many other notable manufacturers will be releasing first versions of their own bifacial modules including LG, JA Solar, Q. Cells and Silfab. All of these modules will be made to order with the exception of Silfab.

Because commercial bifacial panels are a relatively new product in the solar industry, there are a few reasons they have not been fully adopted into the mainstream market. Utilizing bifacial modules on the commercial/utility scale calls for new, innovative racking systems. The most efficient way to leverage both sides of a bifacial module is by setting them up on a ground mount with a 20-25 degree tilt.

Overall, the wider adoption of bifacial technology looks promising for 2020, not 2019. Increased energy yields, more versatile system designs, and sleek aesthetics are just some of the many benefits of these modules. Bifacial technology used to be a niche technology from smaller manufacturers at high prices. Moving forward, as the largest PV manufacturers incorporate them into 2019 assembly lines, expect prices to become more competitive. The increased adoption of bifacial modules shows dedication to improving solar technology and will ultimately lower the cost of solar for all.