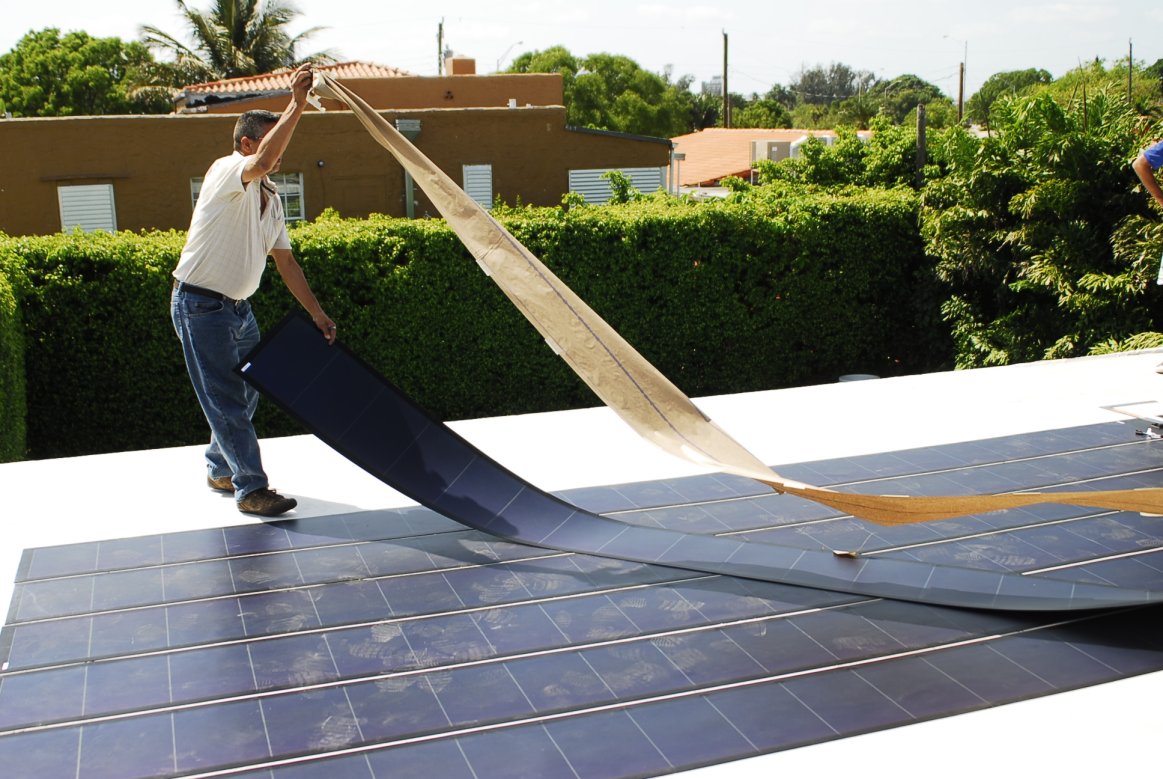 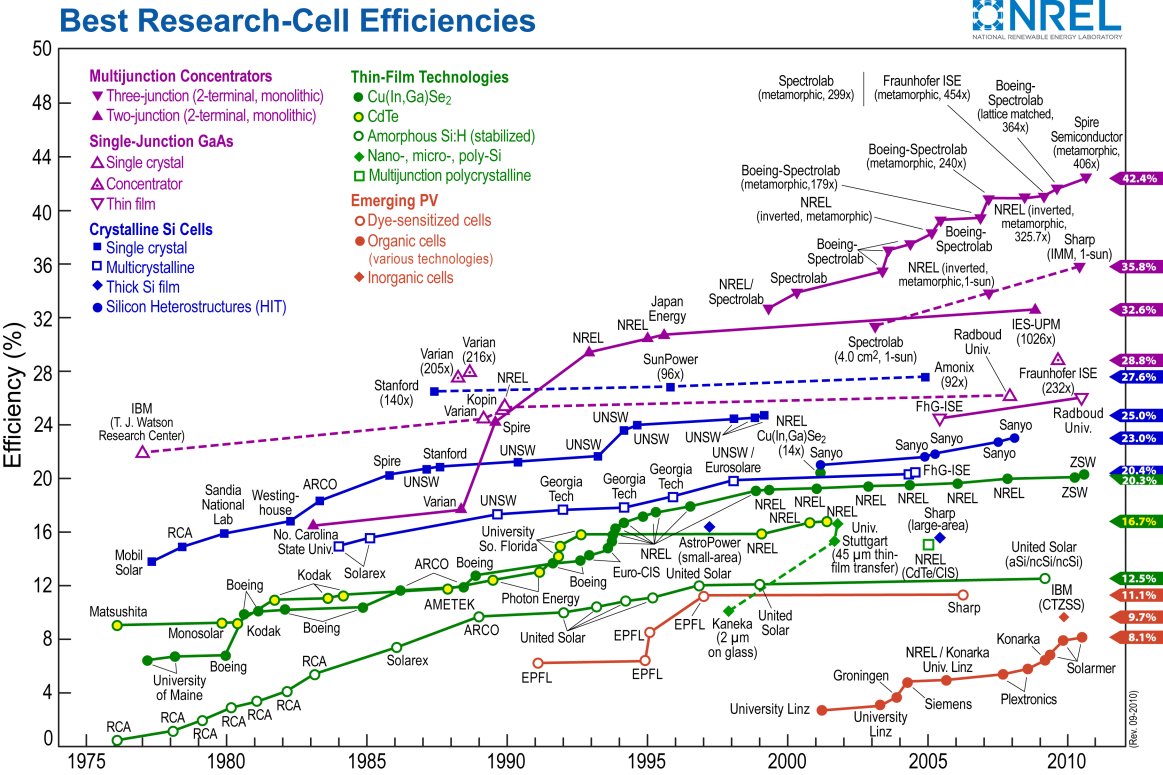 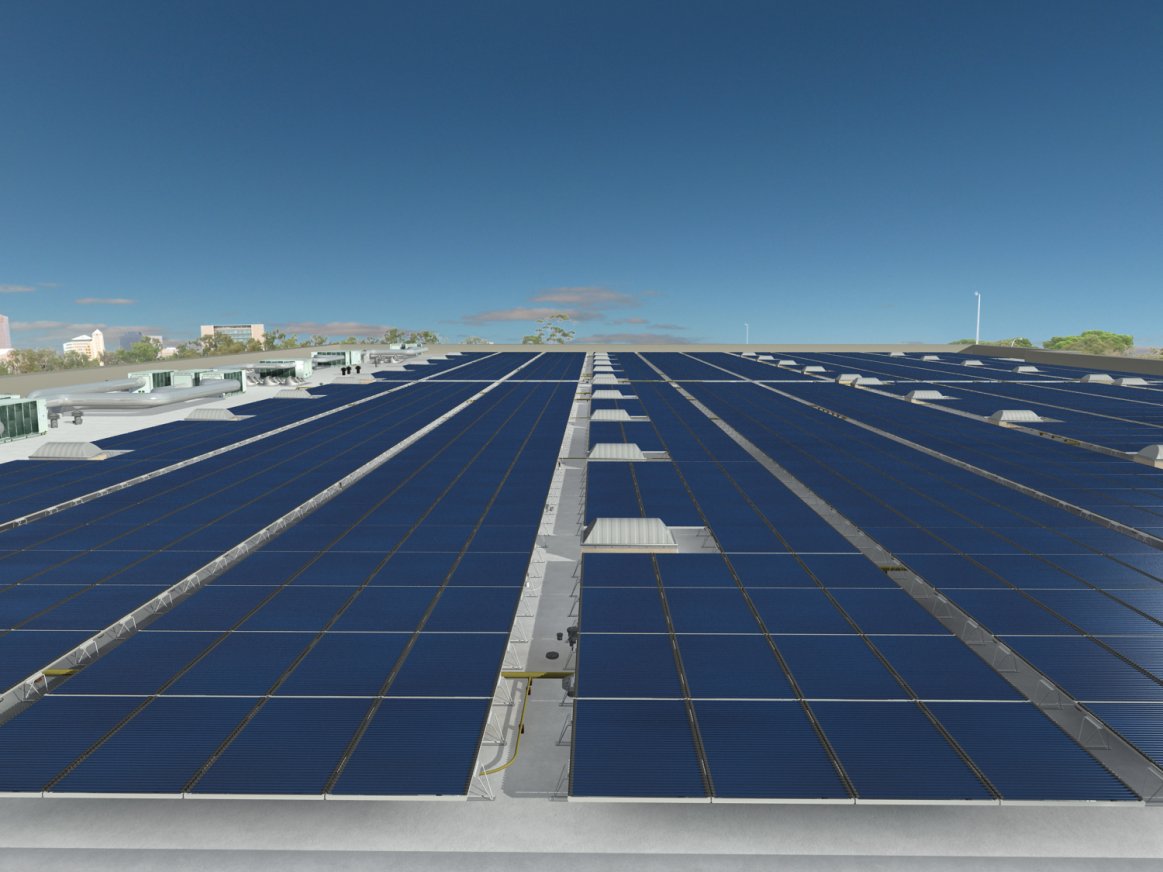 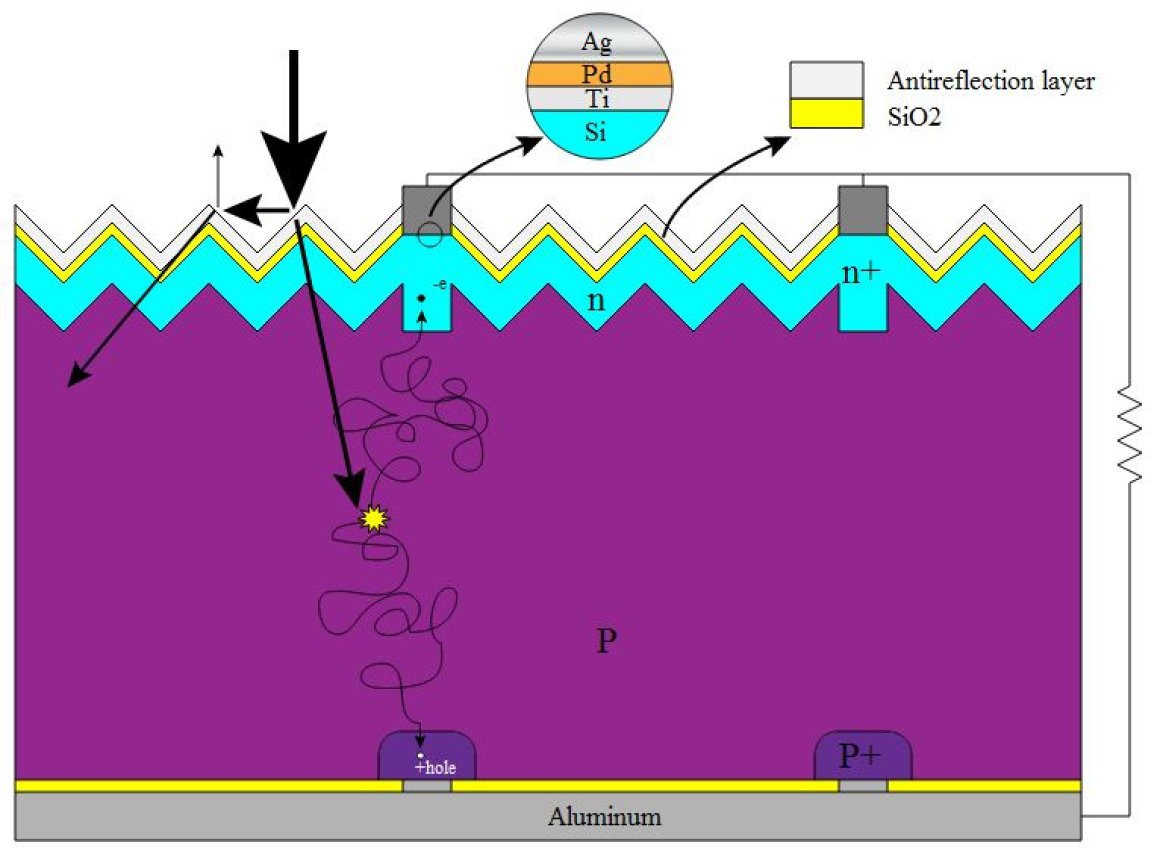 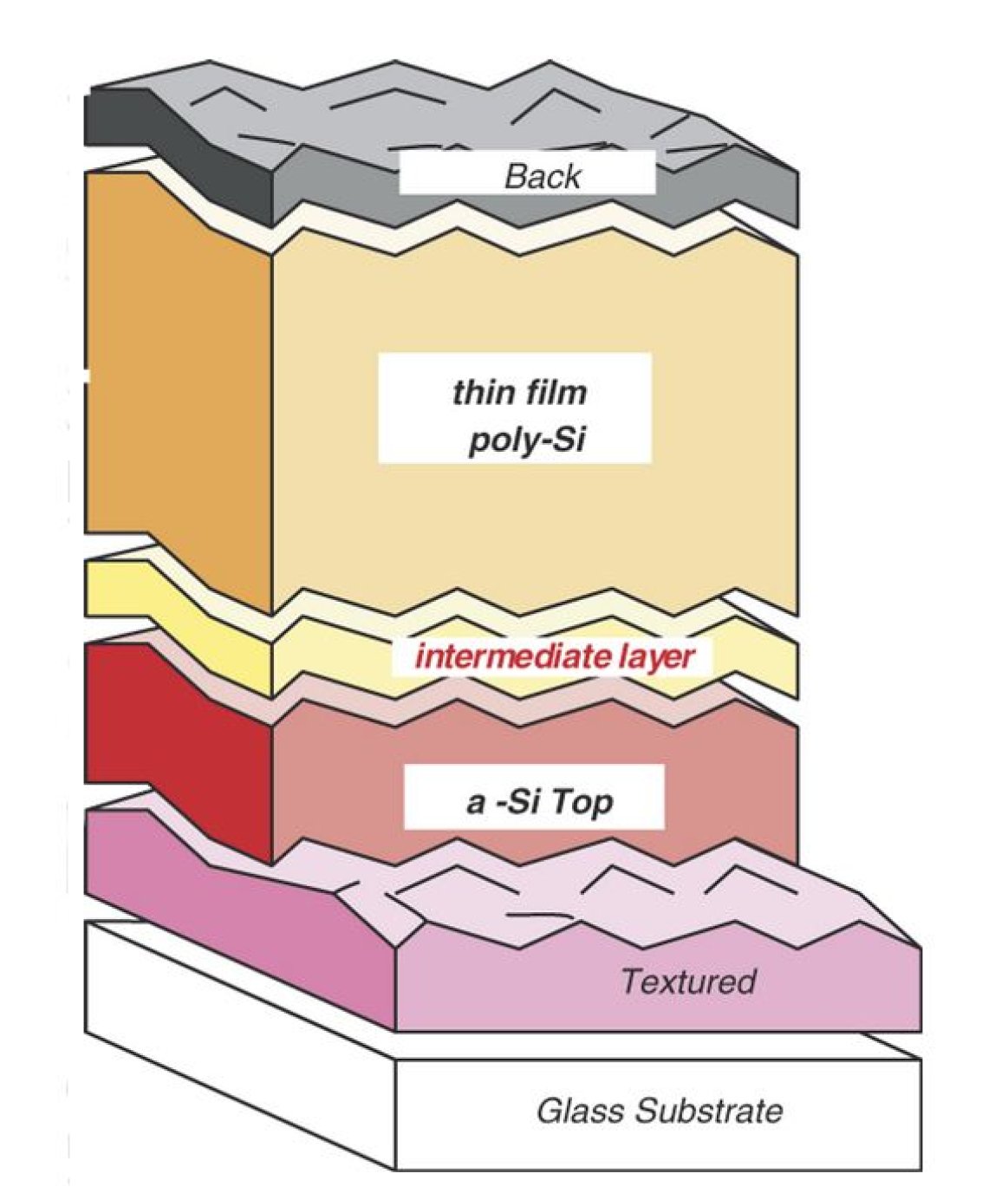 There is a competitive price advantage of Thin Film modules over Crystalline Silicon PV modules. Despite the fact that the global thin film module production capacity have increased significantly since 2007, the price of crystalline silicon modules have sharply decreased. The efficiencies of these two technologies are rapidly increasing while the price gap rapidly is narrowing.

The below table is a very brief comparison between these two technologies. When choosing a technology, it’s important to do further research on below topics.

Thanks for the article.  Question, what is the warranty on a typical thin film panel.   Do they have the same standard production guarantees as c-Si solar panels?

mg:  First, the author of this piece,  leventbas is mistaken.  Unisolar's thin-film sells for about $2 per Watt at the factory gate, compare to less than $1.80 per Watt for quality Chinese crystalline modules.  So, thin-film does not necessarily have competitive price advantage over crystalline.

Now, about the warranty.  The warranty for a typical thin film module is special (pun intended).  As you probably know, thin-film, especially amorphous silicon thin-film, suffers from severe long-term degradation.  But that's probably the least of your worries.   In any case, you probably shouldn't count too much on that warranty.  Take Unisolar's warranty, for example.  Unisolar could refuse warranty claims on virtually any ground. For example, if your panels have been subject to "neglect" or "excessive wear and tear," or "improper or inadequate ... maintenance or cleaning, or failure to otherwise use reasonable care in maintaining the PV Product," you are out of luck (what happened to PV being a maintenance-free source of electricity generation?). And if you thought that the Tefzel cover and the stainless steel made the laminates resistant to "vandalism" or "falling objects," you thought wrong. And make sure you know what you are gluing these things on, as "damage or corrosion caused by substrates, roofing materials, or their properties, such as corrosion resistance, thermal expansion and contraction, and water sealing properties, " would invalidate the warranty (apparently, even if the laminates themselves cause thermal stresses on certain plastic membranes, for example). And you definitely have to worry about "water pooling," if the roof surface is slightly concave in certain spots, something that does not affect optimally-tilted glass panels on non-penetrating racks. And make sure you keep and operate your panels in-house (or better, in a cleanroom) to prevent the "soot, chemical vapors, acid rain or salt water" invalidating the warranty (note that the somewhat-rough Tefzel surface may be a magnet for all those things, unlike the shiny glass surface of a typical tilted solar panel). Finally, beware of the "insects" and "animals" - it is a common knowledge, I believe, that stainless-steel-eating bugs are a serious menace, the squirrels might enjoy munching on the Tefzel, and then there are the bears.

The cost of Thin film varies but is generally less per watt peak than Crystalline PV. Unisolar is only 1 manufacturer and an expensive one.

Now 1 very important fact you missed, is that in Hot Sunny conditions, a Thin film, A-si module will produce 1,300Kwh/kwp while a Crystalline module will only give 900Kwh/kwp (Kwh =Kilowatt Hour. Kwp=Kilowatt Peak). Crystalline has a negative temperature coefficient and drops voltage about 0.05% per degree centigrade increase, from the LABORATORY test condition of 25C. Surface temperature is Air temperature plus 25C. So you get 30% MORE Annual Yield per watt peak, from Thin film PV in Hot weather. So if both types were the same price, you are still getting MORE for your money, from the Thin film. SMUD is a good example, even though it is based on the old A-si and not the much better, more efficient, modern Thin Film CIS, HIT, A-si, that we use today.

You will also see that IN FACT the crystalline suffers much more, from long term degradation, than any modern Thin Film. In hot weather the modern  Thin film does not degrade and recovers its output over time. Thin film produces 160% of its rated output when installed, so a 100wp panel can produce 160watts BUT it is a 100wp panel. Thin Film degrades very rapidly from this 160% output, within the first few days of its installation, this is called the Staebler-Wronski effect and is ended after about 6 weeks. So this degradation is short term and AFTER this degradation the panel is 100wp, which is its FULL rating. Then it drops less than 1% per year.

Then look at warranty. Crystalline NEVER offer a warranty on Annual Yield, that is the Energy it will actually produce per year. They give even more excuses not to honour the warranty than given above. But, many Thin film manufacturers do offer a warranty on Annual yield. That is, they will guarantee to produce 1,300Kwh per year per Kwp from their panels. So make sure you get this kind of warranty. Crystalline warranty will be some thing like, " warranty on minimum 80% power of STC rating". This means even if this  100wp panel only gives 10watts of power in your system, when they take it back to the laboratory and test it at STC it still gives 80wp then you can't claim on the warranty.

In very cold, below freezing, sunny weather, Crystalline PV can produce the same energy per wp or slightly more than Thin Film, so check the conditions before you choose the type of module to buy.

Durable silicon thin-film technology has been developed arguably with the lowest likely manufacturing cost of these contenders and confirmed efficiency for small pilot line modules already in the 8–9% energy conversion efficiency range, on the path to 12–13%.